Well Admiral Jespah has been on again just don’t mention the bunny suit! My orders this time seem to suggest I need to fill in a diversity census to help the admiralty confirm they’re getting the right mix of aliens on their Starships.

As always orders can be viewed here: –

A metal butterfly is about to flap it’s wings.

Q1. Do you use canon species in your writing?

A1. Yes, while not all of them have made it so far into my Weekly Free Writes or to the Archive yet, I’ve indeed featured in my WFW practices stories, Aenar, human, Klingon, Romulan, Caitian, Betazoid, Tellarites and Bolians. With many more still to make there debut going forward.

Q2. Do you select a species for any particular purpose?

A2. Why do I select the species that I do? I like to be able to give a smart answer to this one but the honest answer is most of my casting is just to demonstrated the diversity of the federation, and what I think suits the role in some strange way. 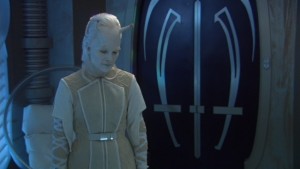 The only two selections that stand out in my mind are Ineiri the Aenar Admiral and form No.1 of Lily Fitzroy. Because I want to challenge myself but trying to show the strengths and weakness of a blind command officer and Naurr because I want to play with the quarks of humanity and food, plus I want someone who could question Captain Gorrim without it being out of place, plus I like Cats.

Q3. When putting together your cast of characters, is species diversity at issue?

A3. Um, I do like to include a bigger mix than TV shows, except for my Romulan cast. I do like to keep to Canon species so I’ve got something firm to base the character on.

Q4. For canon alien species that are not well known, how have you given more detail to their back-stories and characteristics?

Q4. Slowly, The only real candidate is Naurr and the Caitian and when I get round to writing more Ariane NX-04, I’ll will pull in the things hint at in TAS, and other Fanfic Authors who had some good suggestions. 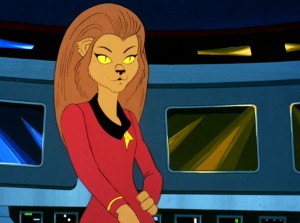 Q5. For those that are better known, how have you made them your own?

A5. I try not to as Star Trek is a huge thing, I don’t try to make them my own but rather try to focus on my character and insure they tick believably for me in light of their culture.

Q6. Is there a canon species that you have not added to your fan fiction, but you are considering adding?

A6. Yes many but the Axanar (Enterprise) and the Breen (Post DS9), as different enemies for my regulars and so are likely to be appearing soon. 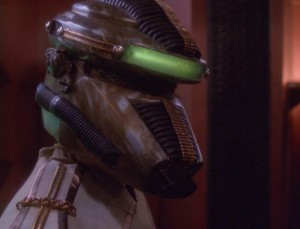 A7. Now that would spoil the surprise for you, wouldn’t it? But it’s most likely with an unexpected attack. While if I want to add more of the Federation guys, I might seen my Fed crews for some shore leave on their home world.

Q9. Whose canon alien species characters do you like the most?

A9. So many, more than i can quickly mention but let do the big ones,

Spock goes without saying or explanation. 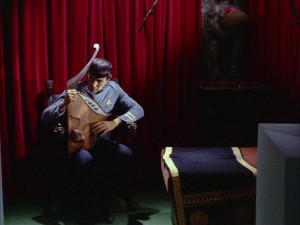 T’Pol for been a better character as the straight laced Vulcan who deserved better from the show writers, Who manage to fill a proto-Spock role and yes she was easy on the eye, I admit it. 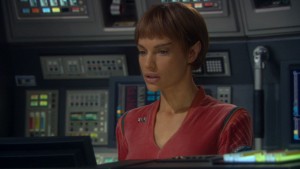 Sela, might not be a popular choice, but she shows it the screw up and paranoid nature of their society and yet how close they still remain to humans. 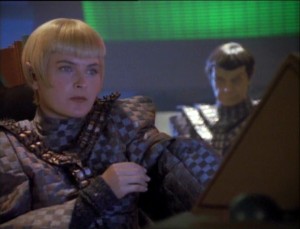 The unnamed Romulan Commander from the Enterprise incident, as she show that there is more to their society than the federation propaganda suggests, only a shame that TNG writers didn’t go back and watch it before writing some of the TNG Romulans Episodes. 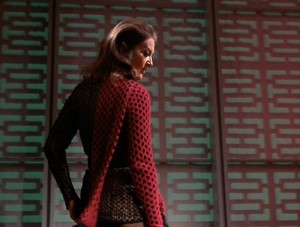 Quark and Rom for the Ferengi, they try so hard and despite been envisage as comic relief they to me yet remain the anti-heroes of DS9. Even if Rom did manage to land the dabo girl of his, and others, dreams in the end. (Alright Quark, that’s your sponsor support I expect the gold pressed latinum before the weekend) 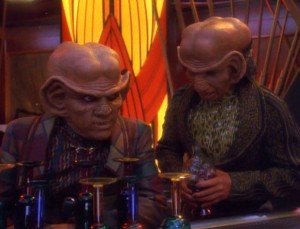 Garek (Sadly you don’t have clearance for the answer) but i do like his tailoring.

Q10. Do you think the character is true to the species?

A10. Spock & T’Pol yes are true to the Vulcan’s, once we learnt the truth about the Vulcan’s.

Sela & Romulan Commander – Maybe _ I think so but I do think how the Romulans represented on screen later do leave some questions unanswered about why they act then way they do.

Quark – yes he is always out for profit and only occasional let his loose sense of right stop him.

Rom – yes he shows the species but how he fails at all the things that are stereotypical Ferengi.

Garek – O yes even as the outcast spy, he shines a light on the Cardassian mindset just as much as Dukat.

Q11. If the character differs from established species canon, is the difference reasonable?

A11. As I said in answer ten above bar for the Romulan Ladies Yes, for the Romulan duo it come downs to a matter of taste and personal judgment but I’m happy however know others aren’t. Particularly not mention no G&T show hosts.

Q12. If the character is of a species with only a sketchy background, does the author’s vision work within the limited framework established by canon?

A12. For once I feel all I can said that is not a applicable question, at the moment.

Q13. Can the author’s changes and coloring within the lines fit with how the species was originally drawn?

A13. For me yes, as for some of these characters they did help define the species for the future and the exceptions can often prove the rule.

Q14. Would you have taken that mysterious though canon species in a different direction? If so, how?

A14. Well the only one I do different would be the Romulans and yes I’ve would have taken them more in the Rihannsu direction of Diane Duane Novels that Star Trek On-line have chosen to follow instead of the TNG/DS9 direction.

Well they we go but before we go here are my top Ten Star Trek favourite Species in reverse order: –

Just what is their secret? 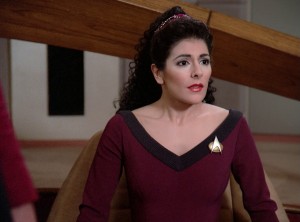 Wouldn’t it be nice to visit their world? 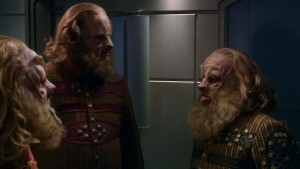 Well arguments should be a sport.

Intelligent Lions – what not to love. 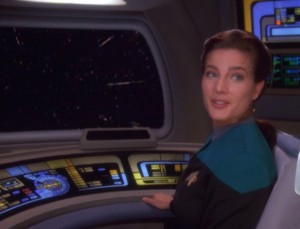 Because it two aliens for one in the intergalactic lottery. 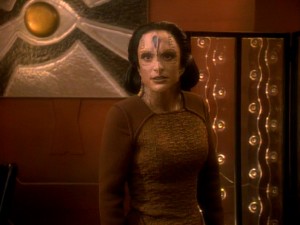 Because it complicated in space and not all bad thing are done for bad reasons. 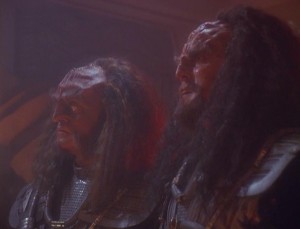 Bring on the blood wine and tales of honour. 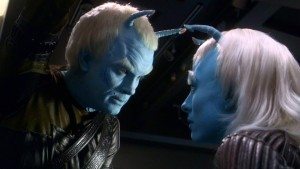 Blue and ready for a fight. 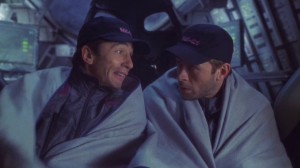 If only we were the species Star Trek paint us as, things would be better in so many ways on this little rock of ours. 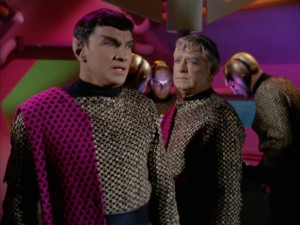 Engage cloaking devices and prepare our next master plan.

Well that all for now, Thanks for reading and till next time keep on to the second star on the left, Feel free to comment as always.