Well the latest Starfleet communiqué from Admiral Jespah is in, viewable at: – http://boldlyreading.com/2013/09/01/boldly-reading-book-club-2-agamemnon/

This time the orders requires a review of the USS Agamemnon from M.D. Garcia fleet, which the ship and crew can be view here: –

Anyway my review is as follows: –

Q1. As the crew begins to respond to the adjustments being made, first by James and then by t’Aimne, how well do you feel it was handled?

A1a. For James adjustments, the Agamemnon crew, with the exception of Grayum seem to resent James as an outsider coming in and making them do their chores, which seems believable with Halley been the poster girl of resentment.

A1b. t’Aimne is greeted with distrusted, due to the Federation & Romulan history, she does seem to want to fit into the Agamemnon rather than still to trying to follow her Romulan protocol. While there is open distrust to start with, t’Aimne plays them well and starts to win the crew over.

Q2. Were their reactions believable?

A2. On the whole I say the various members reactions were believable.

Q3. Did the unit gel more quickly or more slowly than you would have thought, or was the timing just right?

A3. I actually thought the crew adjusted and started to gel a bit more quickly than I would of thought, but perhaps that’s their training as Starfleet officers kicking in.

Q4. The missing paperwork is, possibly, the first driver of the story. Between Captain Grayum and Missy, how did things get done before Rick’s arrival?

Q4. Badly. I suspect Missy did as much as she could and also did a lot of P.A. work for Grayum, like she did with Grayum privates quarters, however somehow I feel she did more than her official duties required as Hank seem to have lose his motivation in old age and lets things drift. While I feel Halley did First Officer paperwork only after her own engineering paperwork.

Q5. For what fell through the cracks, could the crew have handled that better?

A5. I strongly suspect like all short staff work places, people did the urgent stuff and then everything else went on the forever-growing pile of PADDs for someone else to do at a future date. 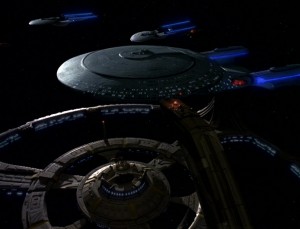 Q6. Or was it all a part of what happens when any group is short-staffed?

A6. Maybe, without knowing more it hard to say, but I think perhaps Grayum could of made it clear the current situation wasn’t working and getting a first officer was a necessary not a luxury.

Q7. By the crew being short-staffed and missing paperwork deadlines, was that, possibly, an impetus behind Rick’s transfer being approved?

A7. Yes. From the hints dropped into the text and odd comment, I think the Admiralty had spotted the problem and so used the lure of command to get Richard to request the transfer, so they could parachute him onto the Agamemnon.

Q8. If the paperwork had been delivered on time, regardless of staffing issues, would a new first officer ever have been assigned to the Agamemnon?

Q8. Given Starfleet staffing issues post Dominion war, I suspect a new first officer wouldn’t have been arranged if the paperwork and other duties were been done.

Q9. A lot of the characters have suffered career disappointments, and are working to get ahead. What are their motivations for their behaviors?

A9. It a little hard to judge the characters true motives bar Grayum who just wants to retire a captain for better retirement benefits. Richard wants command; the others just seem typical Starfleet humans who seem to want a higher rank for their own reasons.

Q10. Do the actions they are taking lead to their goals directly or are they more roundabout?

t’Ainme              – Not always (She direct with impression the others, but her other motives are more hidden) Her logs show her double edge.

Q11. How did you see the conflicting command styles on display?

A11. Lead by family/friendship under Hank. While Richard was more of command by the rulebook.

Q12. Which one do you prefer, personally, if you were serving aboard the Agamemnon?

Q12. I take the path of less resistance and go with Hank style normally, but under a starship I have the feeling that I would better about serving under Richard style. 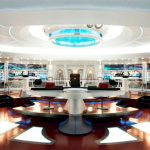 Q13. Which do you think gets the most done?

Q13. Swings and roundabouts – but I suspect it would be Richard that is why Starfleet has the book in the first place, to ensure efficiency.

Q14. How is success measured within the context of the story?

A14. The mission was accomplished with minimum/no casualties to the crew, the new crewmembers are starting to gel and Starfleet discipline is returning to the vessel. So a successful mission.

Q15. Who changed the most? Did any characters surprise you?

A15. I think Rich start as a stick in the mud but he did learn how to adjust to a crew with poor discipline and then getting them to follow him. Halley surprises me she did seem to lose her resentment over Richard appointment a bit quickly for my tastes.

Q16.Did any of them behave in a manner that seemed inconsistent?

Q17.How did the character interactions work?

Q17. The various personalities seem to interact well and in a believable manner.

A18. I had to say it was a tie between Richard and Halley who seem to in the mission after-party to compromise with a middle path between them.

Q19. What did you think of the Romulan character, khre’Arrain t’Aimne?

A19. I liked khre’Arrain t’Aimne, it was nice to see a sympatric Romulan character that is more than a cardboard cut out.

Q20. Was her behavior consistent & did it make sense to you?

A20. Yes, she on a mission to an old enemy vessel and now a new ally and so she is trying to fit in while learn more about them in hope of a better future but also aid her own people in case of a future war.

Q21. Was she a believable character?

Q22. How did attitudes change toward her?

Q22. Most of the crew distrusted her to start with, but as they work with her and see her as a person and not the cardboard cut out of an enemy they start to see the person/officer and give her appropriate levels of respect.

Q23. Were those changed attitudes justified by her behavior?

A23. Yes, as she just did her duties as best as she could in anticipate of a Federation vessel operating system. Indeed in the combat she show great judgment to confirm that her combat tactics and objectives were to Grayum wishes.

Q24. Did anyone not change their mind(s) about her, who maybe should have?

Q24. Not that I picked up, I would say Halley perhaps change her mind again a bit to easily after actually working with t’Aimne. I know you could argue the case for Richard been a bit slow to change his fleet mindset, but something suggests to me he got more experience with Romulans than he admits, and so might have reasons beyond been the first officer of a Federation starship.

Q25. What was the climax of the story? Did it devolve to a satisfactory conclusion?

A25. Jumping over the actually raid, did seem a bit of a disappointment at first read, but I think in hindsight it was good to focus on the Grayum retirement party and Richard/Halley talk on finding a way to work together.

Q26. What happens right after the curtain comes down on the story?

Q26. Some nasty hangovers I suspect. Then the events of the still developing follow up story The Sacrifice of Agamemnon, which is viewable here: –

Q27. Where would you take these characters – and this ship – next?

A27. Out on patrol and throw some curveballs at Richard, where following the rules might not necessary be the moral right action, or something to divide and test t’Aimne loyalties to the Agamemnon crew.

Anyway that is my thoughts, sorry for the random pictures but all that text did need a picture break.
As always thanks for reading till next time.